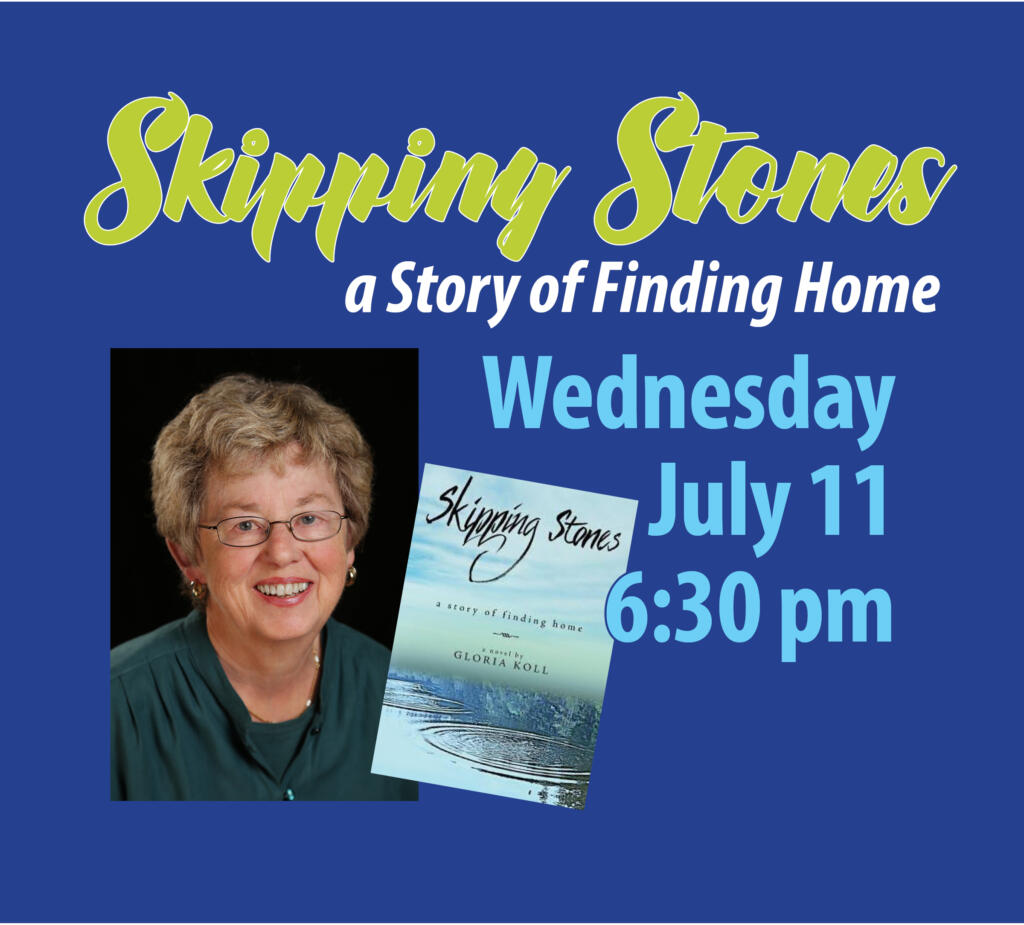 Skipping Stones, a Scandinavian immigration novel, tells the story of how Kari, vowing to make herself lucky, travels alone from the mountains of Norway to the flat plains of 1880s Dakota Territory. With a man who intrigues her, Kari shapes a prairie life, encountering grasshoppers, blizzards, bankers who steal, and sons who love baseball.

A different sort is neighbor Gustav. From his flinty Swedish homesteading mother and his fourth-grade education, he learns to figure profit and loss. He chooses his wife for her ability to milk a cow and trains his children to ceaseless farm work. Unavoidably in this tight community, the two mismatched families become entangled.

Scandinavian mass migration, influenza, the Great Depression, dust bowl, and the home front of World Wars I and II create a wide-angle sweep across South Dakota and Montana.

Gloria Koll lives on Whidbey Island, surrounded by the waters of Puget Sound, with her husband, William Koll. She is a member of The Authors Guild and Whidbey Island Writers Association.  Previously published work includes the nonfiction book Daughters Arise! coauthored with Donna Humphreys and Sally Windecker. Her articles and stories have appeared in national and regional magazines and newspapers.