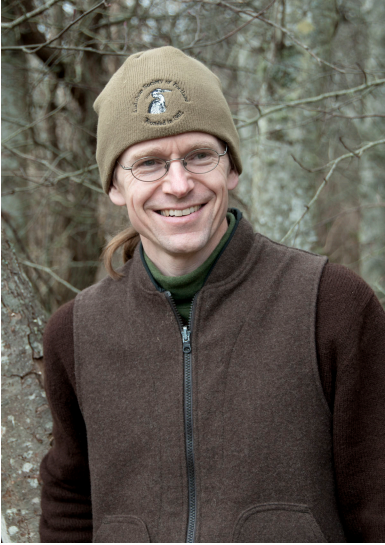 Dr. Thor Hanson is a Guggenheim Fellow, a Switzer Environmental Fellow, and an award winning author and biologist. His books include Buzz, The Triumph of Seeds, The Impenetrable Forest, Feathers, and the illustrated children’s favorite, Bartholomew Quill. Hanson’s writing has been translated into more than ten languages and has earned many accolades, including The John Burroughs Medal, the Phi Beta Kappa Award, the AAAS/Subaru SB&F Prize, and two Pacific Northwest Book Awards. His many media appearances have included NPR’s Fresh Air, PRI’s Science Friday, The Current on CBC, and Book Lust with Nancy Pearl. Hanson lives with his wife and son on an island in the Pacific Northwest.

The Huntingford Humanities Lecture was established in 2001 in memory of Sara L. Huntingford, a long-time supporter of the Jefferson County Library. The Library District was formed in 1978 – due in part to her efforts. As a teacher and mother, Sara understood the importance of opening the door of learning to people who lived in isolated, rural areas. She realized that quality library service was the key to that door.